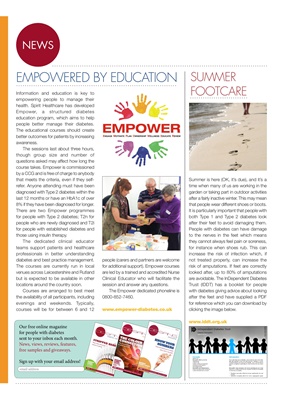 As reported by Reuters, tiny Israeli

has said that its experimental oral insulin

2 diabetes, according to initial data from

The result is likely to surprise many

sceptics who did not believe insulin could

be delivered orally because they doubted

it could survive the onslaught of digestive

juices so it could have the intended effect.

Oramed uses a protective coating and a

high-enough dose of insulin so that most

of it can be destroyed and still deliver a

The positive results must be replicated

in a larger Phase III trial before the drug,

for approval. But the data from the

the onset of Type 1 diabetes through an inexpensive drug treatment

regime. The researchers are looking to recruit brothers and sisters

1 diabetes when they were under the age of 25. They would also

who developed Type 1 diabetes when they were under the age of 25.

major milestone. While insulin is typically

associated with Type 1 diabetes, many

patients with Type 2 eventually see their

disease progress to the point where they

A safe and effective oral insulin, if

approved, is expected to become a

attraction of an insulin pill, aside from

avoiding injections, is that it comes much

closer to the path of natural insulin, which

is produced in the pancreas and goes

directly to the liver. ORMD-0801 goes

from the gut to the liver, while injected

insulin circulates throughout the body

before it gets there.

As written by Jacinta Bowler for Science

disease to put an end to; not only do

scientists have to fix the complete lack

of insulin being produced by the patient's

own pancreas, but the cells they try to

send in to help keep getting destroyed

by the immune system. It's a medical

catch-22. But a US patent has just been

approved for what could be the first

functional cure for the condition - by

technology that allows them to hide from

the immune system for years at a time.

The cells are called 'Melligen cells', and

they can produce, store and release

(UTS) scientists have been genetically

engineering these Melligen cells for years

so they can release insulin in order to

type 1 diabetes are supposed to.

'"If we are successful in this effort,

it will bring to fruition the many years of

research that have been conducted by

Professor Simpson and her colleagues

at UTS in developing these remarkable

Waggoner. "For the millions of people

worldwide who suffer from a disease

of epidemic proportions, our treatment

could relieve them of the onerous daily

requirements for insulin administration and

dietary restrictions and offer a life free from

the very serious and even life-threatening